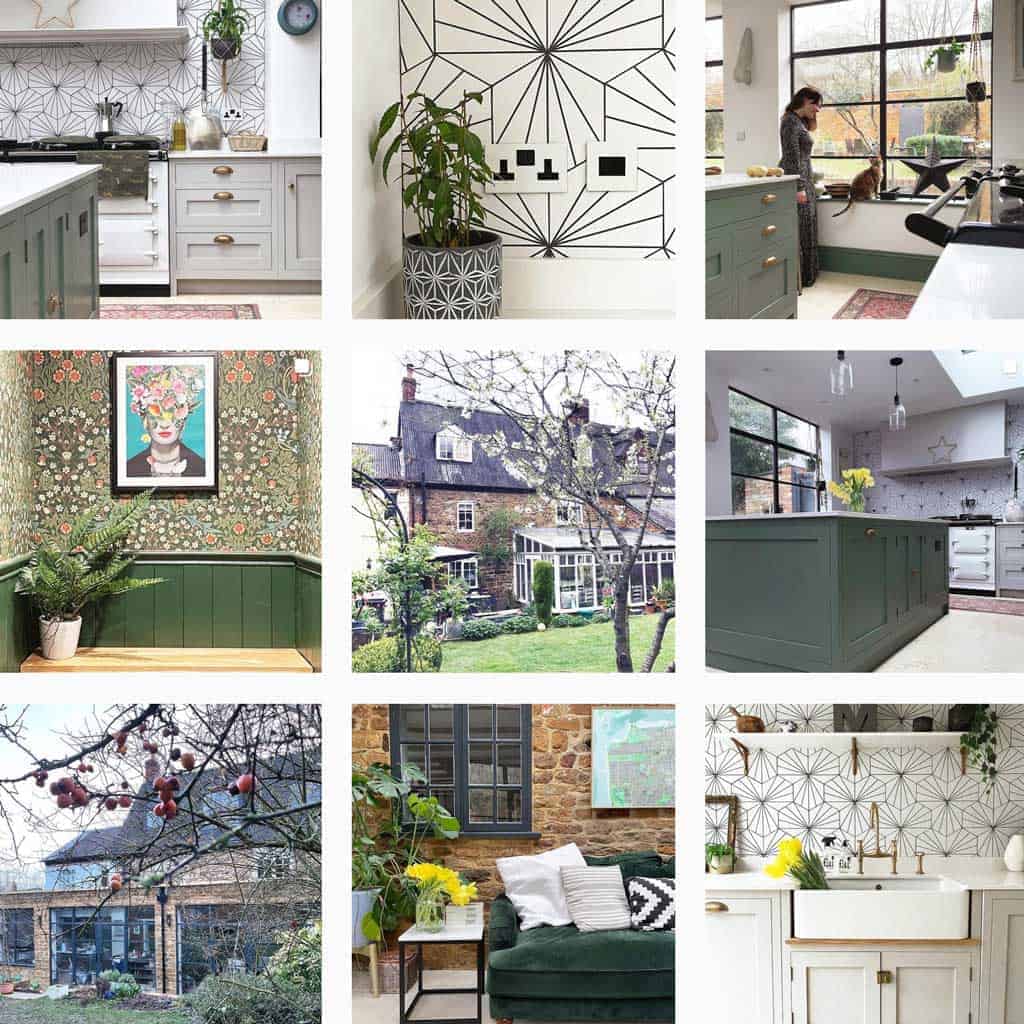 Anyone who’s been reading my blog for a while, will be aware that we’ve been living through the chaos of the renovation of our listed home over the last 17 months.

Trying to document the renovation on the blog, whilst living on a building site was way too stressful! So this year, now things are a little more settled, I plan to revisit some of the projects that we’ve done over the last year.

I’ve covered the entire build on my Instagram account; from the first day (when the conservatory was pulled down).

The initial pictures showed all the dirt and debris; diggers in the garden and the builders hard at work.

To these later pictures which are a little more ‘polished’; for want of a better word.

It’s been lovely sharing the process. And particularly lovely to have found such an engaged and supportive team of people, over on Instagram.

I’ve connected with so many other interior lovers. Some were in the midst of a renovation, like us. Others were living in a fully finished space.

Some own a listed home, some have a new build. Others live in a flat, whilst others own huge country houses — like stately homes!

We all have one thing in common though; we all love homes and interiors.

Life During a Renovation

Living on-site, during a large-scale renovation is no picnic in the park. And a listed home renovation is even trickier; as there are so many hold ups. I wrote before about getting planning permission for a grade 2 listed building. I thought that was a tricky process — but it’s nothing like the build itself. Extending a listed building is another level.

Renovating a house dusty and dirty, if you’re living on-site.

And — unless you’re lucky to have another wing to retreat to — it’s cramped and chaotic.

A lot of our belongings were put into storage, so we were living in a weird limbo. I almost felt as though we were camping.

But in our house.

It wasn’t the best experience, but — as the old saying says — you can’t make an omelette without breaking some eggs!

Little by little, things began to come together and the house started to resemble a home, once more, rather than a building site.

I’ve already shared a little guided tour of our downstairs loo on the blog.

It was the first room we completed and I love it.

It definitely gave us a boost to have something fully finished; and it’s the picture that’s also given me the most engagement ever on Instagram!

We finally completed our kitchen renovation just before Christmas.

After weeks of no kitchen sink (let alone a dishwasher) downstairs — which meant washing up upstairs in the bath — we now have a fully functioning kitchen!

It’s everything I’d hoped for — and a little bit more besides.

I’ll write a proper blog post and give a little guided tour over the next few weeks but just thought I’d write a quick catch up, whilst I had a minute.

A combination of home-schooling and work has meant there hasn’t been very much time to blog, but — hopefully — I can write a little more about our listed home renovation over the next few weeks.