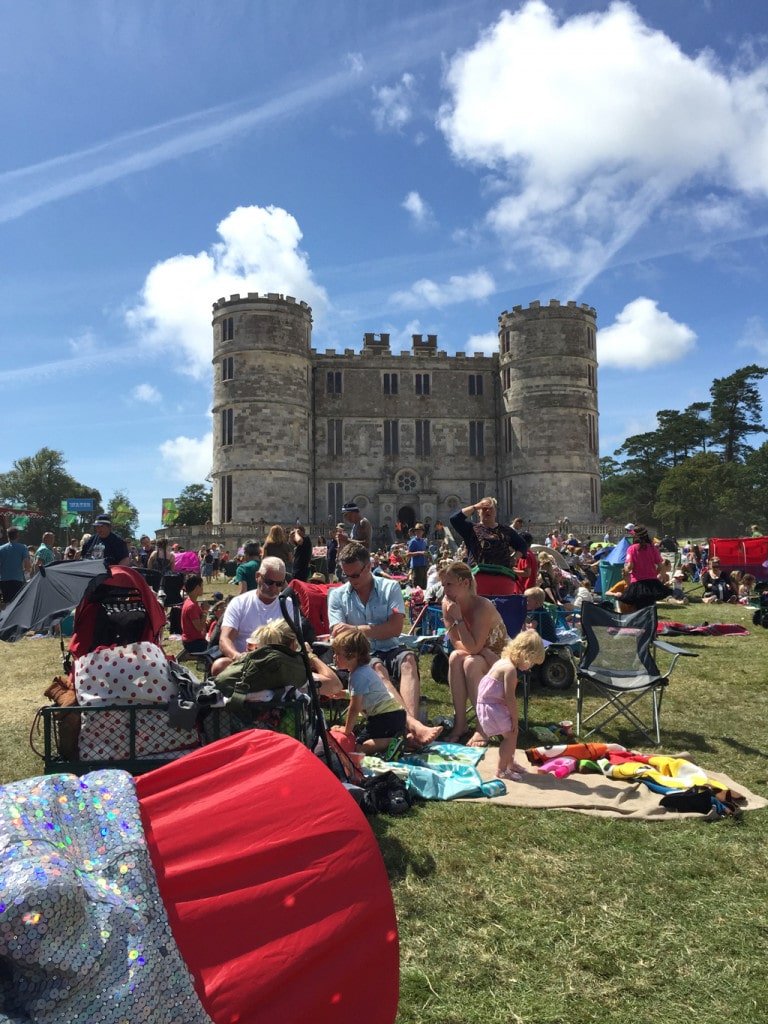 Disclosure: I was an official Camp Bestival blogger for 2015. My family and I were given tickets in return for our coverage and honest opinions of the festival. As ever, all thoughts, words and pictures are my own.

So there we are.

All the excitement, planning, packing and anticipation has been and gone.

And my head is full to bursting with memories made at Camp Bestival 2015.

It’s the second festival we’ve taken our littles to. The first was Shambala last year . And I *think* we can safely say that the apples haven’t fallen very far from the tree, in this instance ;)

It was the first time my boy and I have been to Camp Bestival.

We’ve been to it’s (much) bigger sister ‘Bestival’ — on the Isle Of Wight.

But to be honest I didn’t really draw many parallels; apart from the fact that I had a ball at each.

Although there were people there with no kids; Camp Bestival is definitely the festival to go to if you have children.

It’s set on such a beautiful site; nestled in the grounds of Lulworth Castle in Dorset. And there are so many different areas to explore.

It was clean — very little litter. And the loos were some of the very best I’ve ever come across at a festival.

Even on the Sunday each toilet I visited had loo roll and antibac gel.

That is unheard of at a festival!

I’ve spoken to a few people, who’d been before. Who voiced their disappointment that this year the festival seems to have outgrown its home.

Speaking as someone who’s never been before, I didn’t feel that at all.

Granted, the amount of festival wagons was a little overwhelming at times.

Trying to navigate through a large crowd when you’re pulling two toddlers in a ridiculously unresponsive vehicle.

Past countless other vehicles of a similar size, is hard work. But until you have kids who are able to keep themselves upright until bedtime; pushchairs or trolleys are a necessary  evil.

My only negative (and it’s a very minor one) was that the lanyards — which contained maps and line-ups — had run out fairly early on.

Happily, some kind soul in the Press  Office found one for me. But if I hadn’t been there as an official blogger, we would have been stuck.

A map and line-up is vital bit of kit to ensure you don’t miss anything at a festival. And adding a few quid onto the ticket price and giving everyone a lanyard with their wrist-bands, as standard, would the best solution to prevent this from happening.

As my last festival experience was Glastonbury, back in June, I thought that Camp Bestival was a lovely size. Not too big — or crowded. And not so small that you felt that you’d seen everything after one circuit of the site.

Quite the contrary in fact! I think we saw probably 10% of what was on offer. If that. There was SO much to see and do.

I wish we’d be able to go down on the Thursday and have another day there.

I felt that there was room to breathe; OK the area around the main stage was hectic. It was also difficult to pass through, when the bands were on.

But in all of the other areas you definitely maintained your personal space.

We sat on the grass on Sunday and had a picnic, with a 10ft radius around us. I’ve been to other festivals where other revellers would have been walking over the picnic rug; and trampling over our legs!

Camp Bestival; Fun for All The Family

Depending on the age group of your child, one family’s experience would be quite different to another’s.

I guess, as your child grows, Mr Tumble would be replaced by an animal demonstration with Steve Backshall.

Soft play would be ditched in favour of learning circus skills.

Whatever age — and that goes for adults too — I’m pretty sure Camp Bestival would have something on offer; to tickle your fancy.

A Video Of Our Camp Bestival Experience

I think this film shows that we had SUCH an awesome weekend.

We were treated to beautiful weather. And whilst that was certainly a contributory factor, to our glowing report; there’s simply not enough room in one post, to wax lyrical about everything I loved about Camp Bestival 2015.

It was the perfect mix of hanging out with old friends, meeting new friends. Eating good food — courtesy of The Feast Collective — and being entertained on every level.

It was a treat for all the senses.