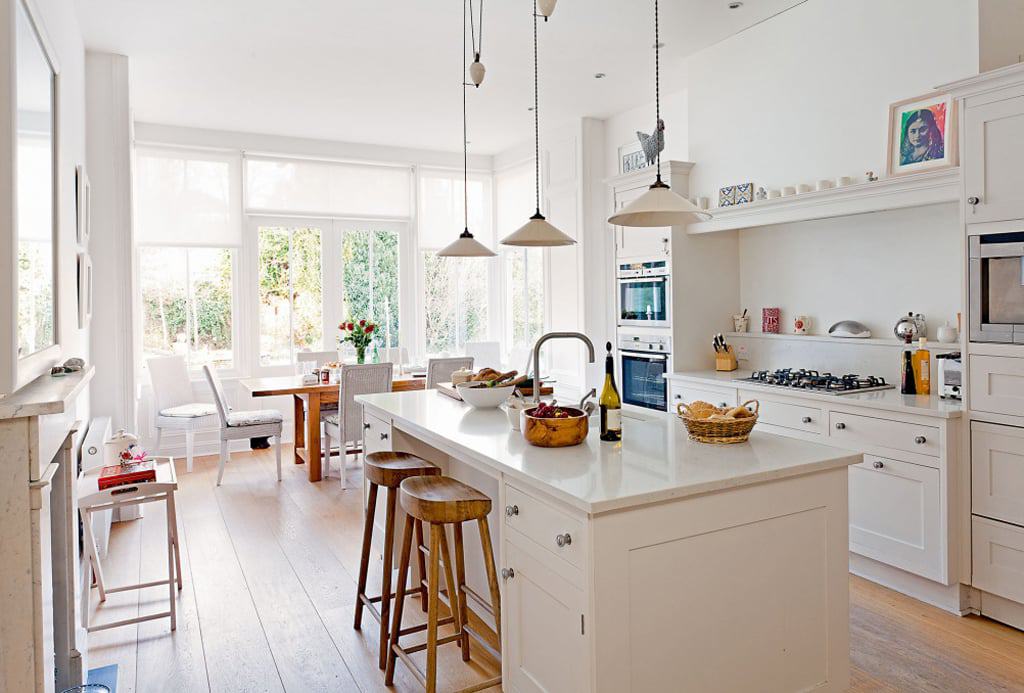 I have been going on (and on) about a new kitchen for a while now. But getting planning permission for a single storey extension on a listed building — to house said new kitchen (especially in our village) — is standing in the way!

Every time my boy and I discuss our plans, the ideas are very much limited; particularly by the space that we’ve inherited.

And the fact that we have a gigantic AGA; sitting in the middle of the only decent run of worktop space in our existing kitchen.

Extending to create a larger space has never, ever been on our radar. Mainly because — as I’ve mentioned before (on more than one occasion) — our house is Grade 2 listed. And our council is not particularly forward thinking or receptive when it comes to change.

A Single Storey Extension on a Listed Building

Amazingly, the cottage that we rented when we first moved up here (also Grade 2 listed) has just been granted planning permission. For a double storey extension!!! Not one but TWO storeys — imagine that?!

To say I’m excited is an understatement. Being granted planning permission for a single storey extension on a Listed Building is amazing enough — but TWO STOREYS?! That’s positively greedy! ;)

Finally, there’s a glimmer of hope and a more than faint chance that we too may be granted planning to extend our own space.

Particularly as we would only be asking for a single storey extension.

We already have a conservatory running halfway across the back of the house.  I’d like to knock it down and create a double width structure, that houses both our sitting room and an extension to our current kitchen.

I’ve been poring over Pinterest and have a very clear idea of what I’d like. Finding the exact reference is pretty hard though.

So this is how it is currently.

I had a little play on Photoshop earlier and have cobbled together a vague impression of how I’d kind of like it to look.

Dreaming of a Single Storey Extension

I’d actually like the the space split into two separate rooms; with two lots of doors opening onto the garden, rather than an open plan space as in the picture above.

One set of bi-fold doors for the kitchen and another for the sitting room. And I’d like a roof lantern over each space.

If we do manage to persuade the council that this is a good idea; we may even have room for a small utility room. And *whispers* an actual downstairs loo!!!

Be still my beating heart.

The thought of it is SO exciting.

It’s so clear in my head — I’ve drawn a few little sketches. And I think the next step is to speak to an architect and get some actual plans drawn up.

I’ve created a Pinterest board and have been merrily pinning.

I haven’t seen exactly what I want on there.

But I’m sure that with a little bit of careful planning and a lot of persuasion of our very strict council, we may *possibly* be a little closer to the kitchen of our dreams.